Sheffield made it two wins from two for the season as Jordan Wildey saw his side ease to a 16-3 victory over Chester Falcons.

Sheffield’s dominance in the first period and we didn’t have to wait long for the first goal. With Goncalo Andrade charging at the defense rocketing Sheffield into an early lead. Tom Blake was unable to keep the powerful shot out as he could only parry it into the roof of his net.

From this Sheffield went on to extend their lead with quickfire goals finding themselves 6 nil up by the 10-minute mark with no reply. As their confidence grew Sheffield’s goalkeeper/head coach Jordan Wildey started joining in the action leaving his goal unattended on a few occasions helping his side move up the court. By half time Sheffield would add a further 2 goals going into the break the score standing at 8-0.

The second period started like the first for Sheffield netting their ninth goal of the game just 2 minutes after the restart. But compliancy became the theme in the second period as Sheffield didn’t look as composed in front of goal as they did in the first period. Chester held them back waiting for an opportunity to strike themselves, and they did just a minute later through Christen Munez with his effort but would ultimately turn out to be a consolation goal. Chester could’ve made it two with Andrade caught napping on halfway, nicking the ball, and with a two on one, Wildey stood firm producing a good save from a pretty lackluster effort.

Sheffield kept up their assault on Chester’s goal and would be rewarded on the 25th minute through Danny Neath. Only to see Chester run back up and claw another goal back to make it 10-2. Then on Sheffield would bag another goal making it 11-2 from a very scrappy period. Chester never gave up though and kept fighting to claim their third and final goal of the game, after Wildey making the decision to take himself off on the 29th minute of play when asked if this was a tactical decision or if it was the case of a couple of passionate challenges. That many claimed as dangerous play, Wildey had this to say on the subject in a post-match interview with the Sheffield Futsal media team.

“It was always the plan to bring him on. As we were in a comfortable position in the game. It was good for him to get some minutes under his belt and played extremely well producing some vital saves.”

Even though Thiedeman conceded just moments after coming on, Wildey was more than impressed with his performance producing some good saves in the last ten minutes of play. And would help the team onto a resounding victory, as Sheffield regained their shooting boots bagging a further 5 goals before the full-time buzzer. Leaving only the captain Adam Derradji without a goal to his name but spoke very highly of his teammates and reiterated that he was just pleased with the performance and bagging himself some assists.

Sheffield will host once again when they come up against Sunderland next weekend on the 10th of October at the English Institute of Sport, Sheffield. 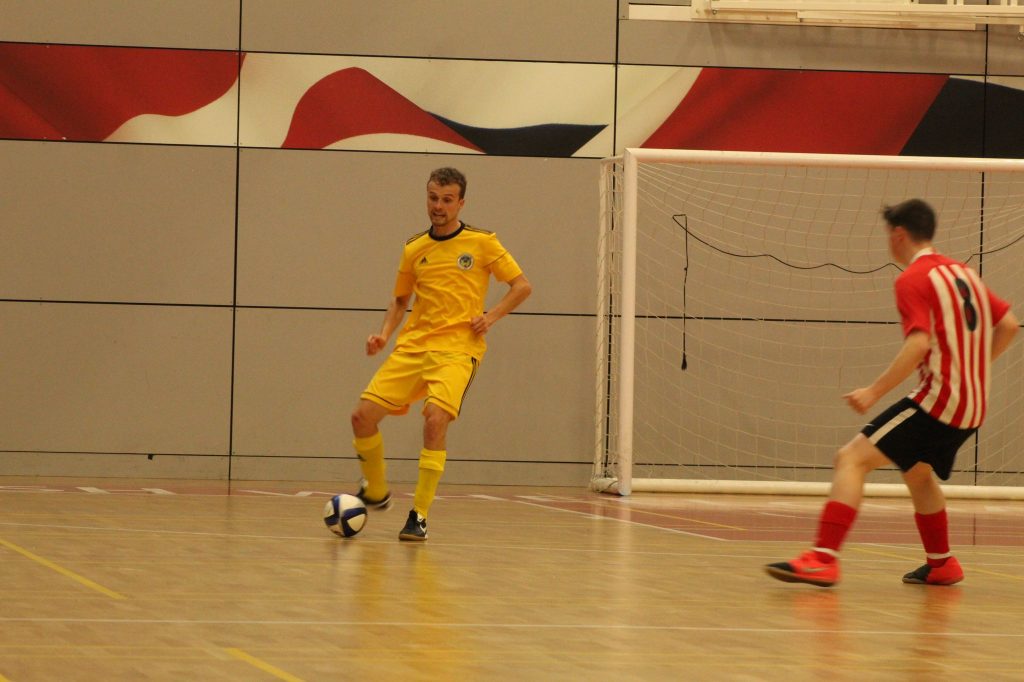