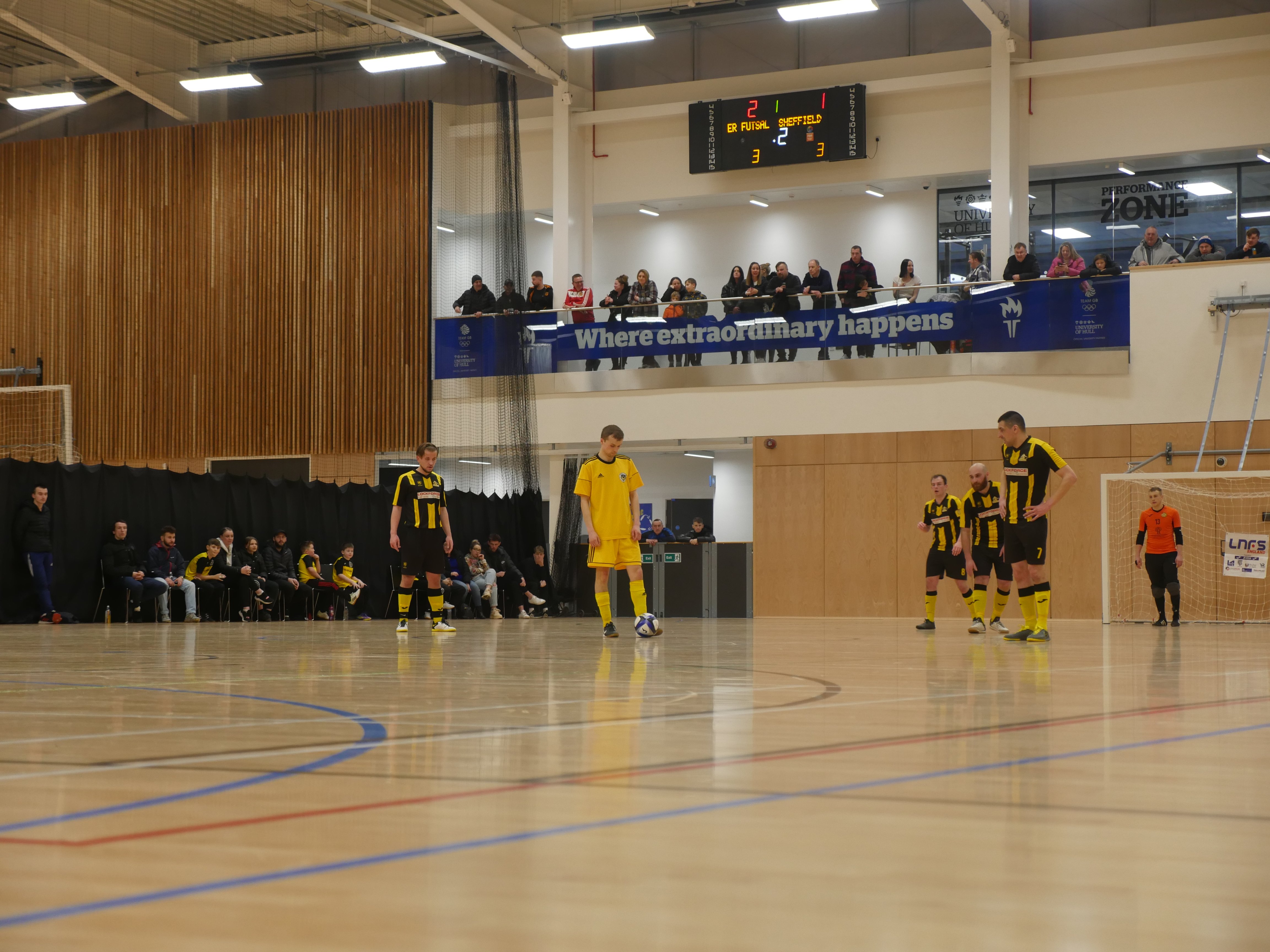 Sheffield suffer their third defeat on the road this season, in the top of the table clash.

Sheffield started the match fully on top, going at East Riding from the get-go and looking as though they would take the lead at any moment, but despite all of their early pressure, it was a quick break away from East Riding broke the deadlock when Fabinho forced his way through one on one with Joe Smedley to calmly slot it home.

From this moment Sheffield would constantly find themselves on the back foot despite coming back to draw level 3 times. The first of which came from the Sheffield captain Mark Chisholm who smashed the ball home on the right-wing.

East Riding would retake the lead before the halftime break as the ball fell kindly for Ellerington who passed the ball into an open net even after three initial saves from Smedley.

The second half saw Sheffield pull back level through Tyrone Gunter, but unfortunately, East Riding went in front once again this time they went 2 goals in the lead and that looked like that was going to be it for Sheffield, as Fabinho capitalised on sloppy Sheffield attacking and had the easy task of putting the ball away from the halfway line and Jurkstis added a fourth.

Sheffield never gave in and pulled it back level once again with two goals from Adam Hollingsworth, but as the second half went on Sheffield started racking up their foul count and East Riding awarded a 10-meter penalty kick with just over a minute to go but couldn’t make it count as he pulled his shot wide of the mark.

But time was against the Sheffield men and even with a last-ditch attempt to equalise the final buzzer went and East Riding condemned Sheffield to a third defeat on the road.

Jordan Wildey told us after the game:

“It was a great game, these are the games we want to be involved in, to test us and see where we are in the development side of things. It was a game that could’ve gone either way today, I didn’t think either team deserved to lose today. We’ll bounce back from this there’s no doubt about that.”

Wildey also went on to say that he fears this to be a recurring theme losing by the odd goal, but he has plans in place for when these two meet again this time in Sheffield, where they seem to be at their strongest.

Sheffield has a few weeks now to lick their wounds and work on things in the training ground but as things stand Sheffield remains second but with Manchester having games in hand over them, they could find themselves dropping to third before their next competitive game. 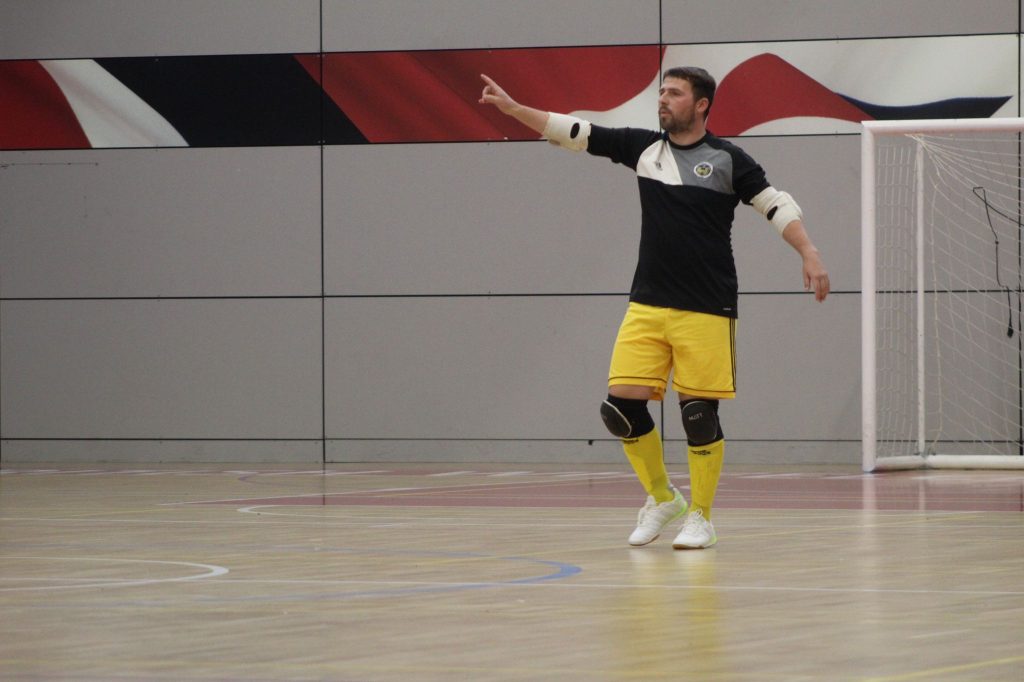 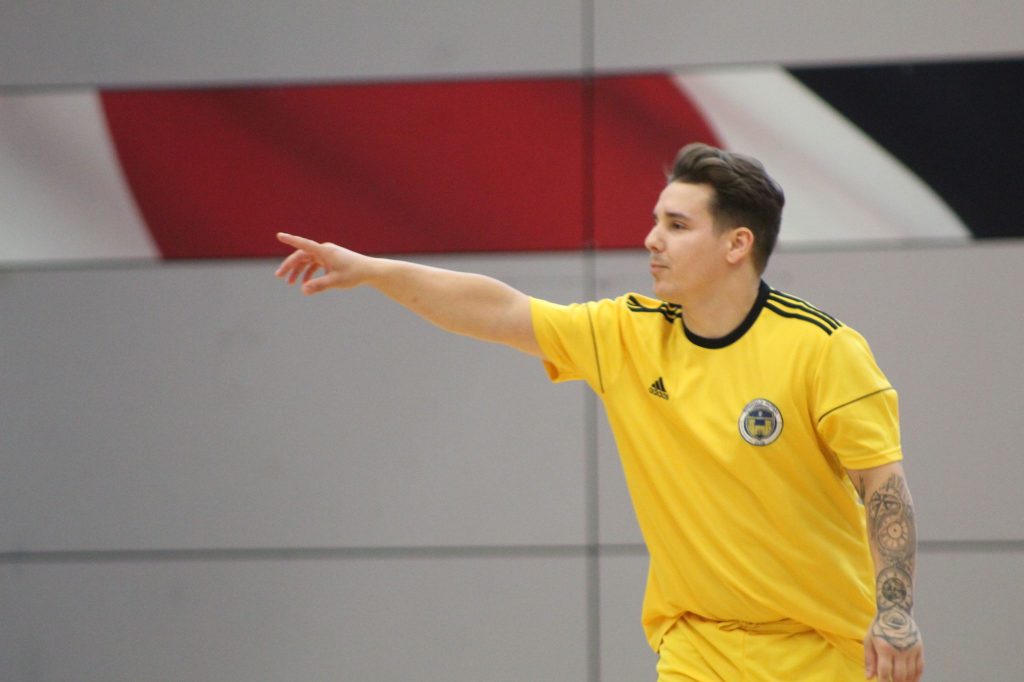