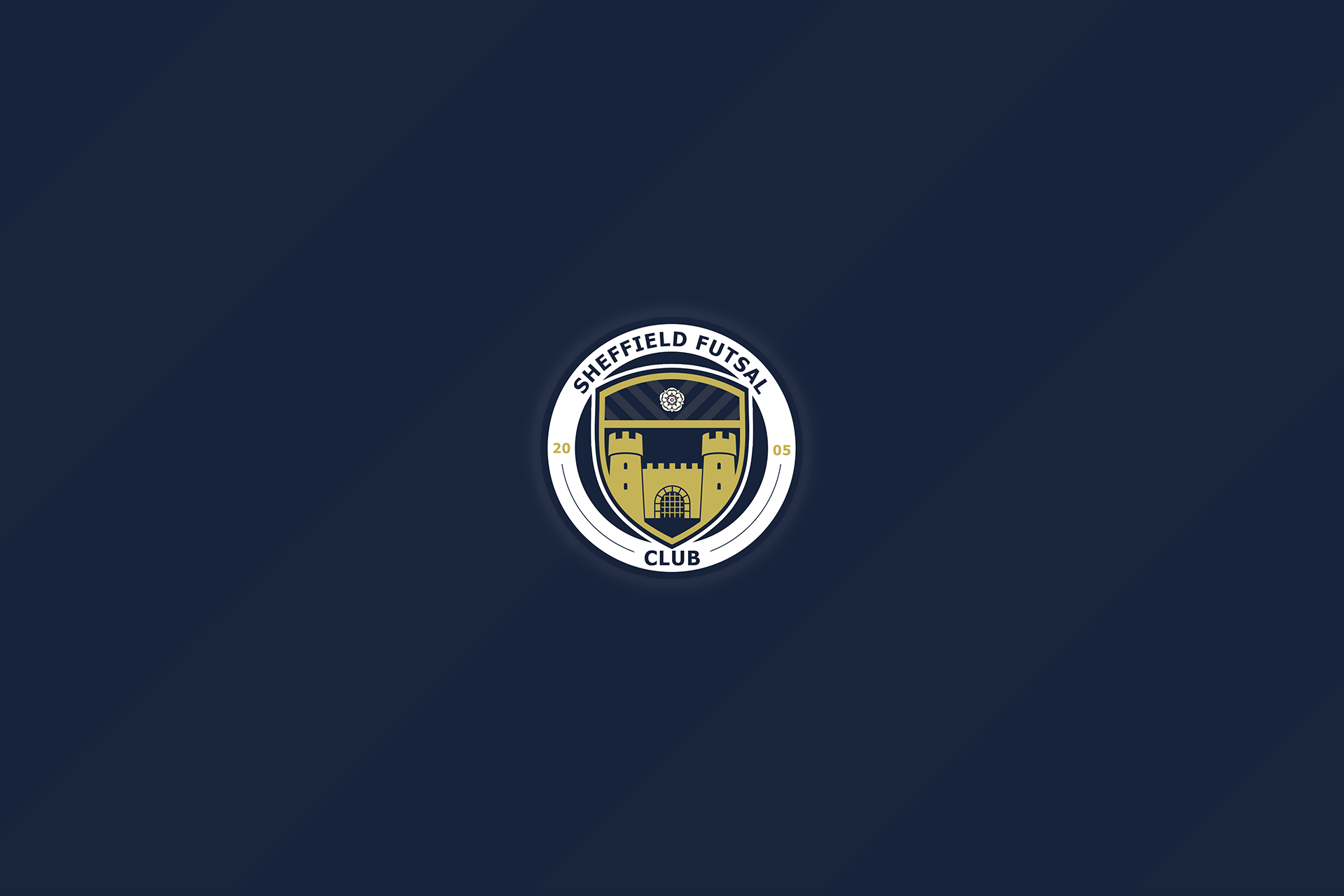 Sheffield Futsal Club was formed in 2005 as Sheffield Stormers, by Mark England-Woodcock and Richard Moore, to play in a local futsal league in Sheffield.
In 2008 the club affiliated with the world’s first football club, Sheffield FC, to compete in the FA’s new national league system. In 2009 the club would merge with Sheffield & Hallamshire Futsal Club in a bid to create a team capable of qualifying for the UEFA Futsal Cup. The club would go on to be a success, winning the National Futsal League North three times in four seasons between 2010 and 2013. The club was also runner-up in the same division on two occasions.
In July 2021 the club would again become independent, breaking away from Sheffield FC after 13 years.

Futsal is widely played across the world, and is the small sided football format that is officially recognised by both UEFA and FIFA. The nature of the game places a large emphasis on technical skill and ability in situations of high pressure, and is subsequently an excellent breeding ground for football competencies that can be translated into the 11-a-side format of the game.

Futsal began in Uruguay and Brazil where the large crowded cities and a shortage of playing pitches forced a football mad populace to play small sided football and in 1936 the first rules emerged. Futsal was the name chosen by FIFA, which is simply a combination of the Spanish words for ‘hall’ (Sala) and ‘football’ (Futbol): hence ‘Futsal’.

Many of the top world class footballers played Futsal in their youth and credit it with supporting their footballing development; players of the calibre of Pele, Zico, Ronaldinho, Kaká, Neymar and Lionel Messi to name but a few of the South American legends who all played and enjoyed Futsal.

But Futsal has not just helped produce South American football stars. On the European stage Cristiano Ronaldo, Deco, Xavi and Fabregas, amongst many others, have played Futsal to develop their skills.